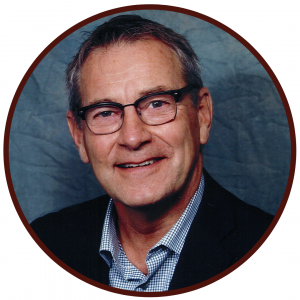 Michael began his tenure as rector of Church of the Incarnation in October 2013. He returned to his first love and that is front line parish ministry. For the previous ten years Michael had worked at the Diocesan Offices in Hamilton, first as the Director of Evangelism and then for six years as the Diocesan Executive Officer. These positions, Michael believes, provided him the experience and knowledge to navigate and lead our parish.

Michael believes that a parish community is called to make a difference in the neighbourhood in which it resides, to be a place of inclusion and justice where all are welcomed and hospitality is ‘radical’ (go ahead, ask him!). A parish is a place for people to gather and be in relationships and Michael truly believes that one does not necessarily need to believe to belong! That faith part, we leave up to God’s Spirit!

Michael had been a parish priest in four other parishes in the Oakville/ Burlington area and prior to being ordained in 1988, he was an entrepreneur as a owner/operator of Keg restaurants in south western Ontario.

BACK TO ABOUT US

© 2021 Anglican Church of the Incarnation